After relapsing into my insomniac ways  and being swamped with work I thought that things couldn’t get any worse.

I was wrong, the universe hates me. . 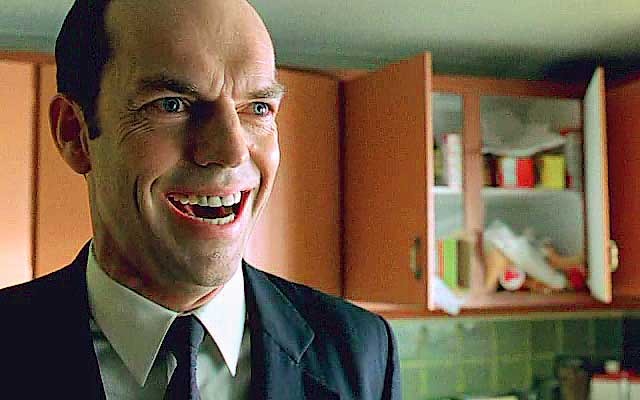 Ain’t it cool news has recently reported that during a keynote speech about theatre arts, Keanu Reeves has mentioned his meeting the Watchowski’s over lunch and discussing his return to the world of the Matrix as Neo.

The tip comes from one of their posters and goes a little something like:

Long time reader, occasional news feeder. Writing from rainy old London, England. Surprised that no one has commented on this, lucky me I guess. Was lucky enough to attend a key note speech at the London school of performing Arts university and was honoured to be in the same room as Keanu Reeves who was the guest of honour. Keanu was here promoting his new movie Henry’s Crime which is opening shortly.

keanu as always was his kind gentle self and spoke to the class for a good 45 mins about his big break in acting and his love for Shakespeare. the floor was then opened for Q&A and the following was note worthy;

– Says he’s prepping a action movie around the world of the samurai and that it will be a hard “R” rated 3D action feast that will deliver some great martial art set pieces. he’s into 2 months of a 6 month training programme.

– Spoke briefly about the possibility of Bill and Ted part 3 – ( Audience started laughing) but he assured us he’s committed to the project.

this is where the fun begins. Some great info shared with us good people…..

– Says he met the Wachowski’s (no emphasis on the word brothers), for lunch over Christmas and stated that they had completed work on a two picture script treatment that would see him return to the world of the matrix as Neo. Says the brothers have met with Jim Cameron to discuss the pro’s and con’s of 3D and are looking to deliver something which has never been seen again. keanu stated that he still has an obligation to the fans to deliver a movie worthy of the title “The Matrix” and he swears this time that the treatment will truly revolutionise the action genre like the first movie. Wachowski’s are working on a movie called “Cloud Atlas” at the moment, once that concludes they will talk again.

– Keanu spoke about the need to encourage writers to continue to focus on working on new ideas and that a good script was worth its weight in gold. For example he said the Wachowski’s had just sold the most expensive script in history to Warner Brothers. a modern futuristic take on the legend of “Robin Hood”. Says he understands WB paid $5 million for the rights and that  from what the wachowski’s have told him, it will be an action movie that would have the same impact visually and technically that Terminator 2 had. Confirmed that Will Smith has agreed ti headline the picture.

that was pretty much it guys, have to give kudos to Mr Reeves. A true gentleman and an esquire.

can’t wait for the above to come to fruition. If you use this please refer to me as “El-Nino”.

The only silver lining in that storm of evil happens to be the mentioning of “Hood” a modern adaptation of the Robin Hood legend staring Will Smith. I’ve watched all the Matrix movies, played almost all the games and currently happen to walk around with Morpheus’ sun glasses, however I must stress that the whole series is pretty lame after the first movie. Now I find out that there will be a fourth one and that just makes me sad. Sadly I seem to be the only one that feels that this series should just stay dead.

Really excited about the Will Smith movie though.