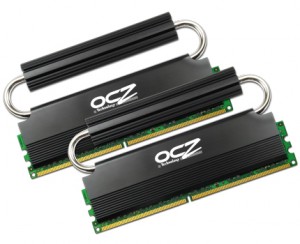 If you are, were, or ever even thought of over clocking then you have heard of OCZ.

OCZ produces RAM sticks which broke records in bandwidth and had minimal latency. I myself used to use OCZ Reapers in my system when I used to over clock and they did me well.

However to all of us over clockers on a budget OCZ announced that they are stopping the production of entry level DRAM.

OCZ has stated that instead of focusing on entry and midrange level RAM they will focus more on the High end RAM spectrum (think extreme overclockers) and SSD’s.

The OCZ Vertex SSD’s are not only gaining popularity among the market, but the Vertex 3 Pro SSD drives have just recently been announced, being based on the Sandy Force Controller it promises gains in performance and reliability.

All i gotta say is , good bye cheep over clockers ram, and Hello fast SSD’s