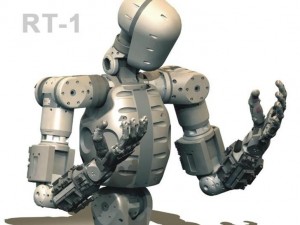 Many of you will have already heard of Microsoft’s Kinect, which is a game peripheral that allows you to use your actual movement to play games.

You will also have heard about how Microsoft has decided not to prosecute anyone that hacks the Kinect system, thus leading to many  different uses.

Well while some people were using Kinect to make Ivy dance or so that they can touch Hatsune Miku (crazy Otaku’s at their best), there was one group of people that took a different route.

Controlling a Humanoid robot with Kinect

Whats interesting about this is that these are just hobbyists and so far they seem to be doing a good job solving problems that have been plaguing the field of robotics (I am refering specifically to balance issues) However I personally would like to see more before I fully congratulate them. With that said, its really cool that the robot is not tipping over at all during some of the movements.

The program they use is called V-Sido and can be found here for those that are possibly interested.

Here is another video from the people at V-Sido for those that are a little more interested.

I am now officially counting the days before I get to do this.

3 thoughts on “Kinect and robotics.”