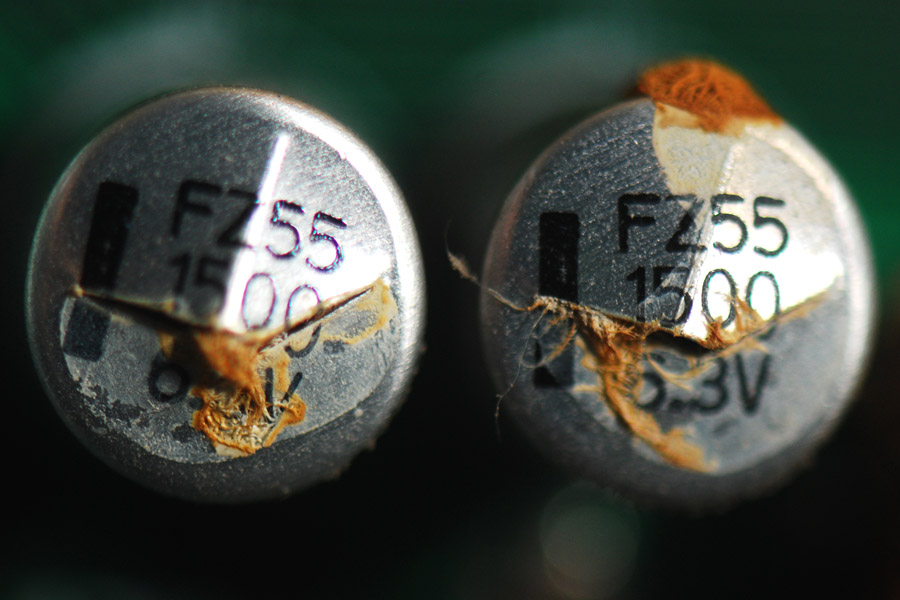 I haven’t posted anything that isn’t personal-geek-related, so here we go!

Explaining it in short:
Some Japanese researcher who moved to Taiwan is suspected to steal some secret into building a cheaper capacitors. But because he didn’t copy the secret in full, he lacked the material that keep’em stable and not bonker in a much shorter period.

So, if you have a device that’s made in Taiwan sometime from 1999 to 2007 and has capacitors, you might want to check it out before it goes KABOOM!!

Either that, or I’m being over-general. Not all Taiwanese material though…

C’mon, silent readers! Argue with me!!