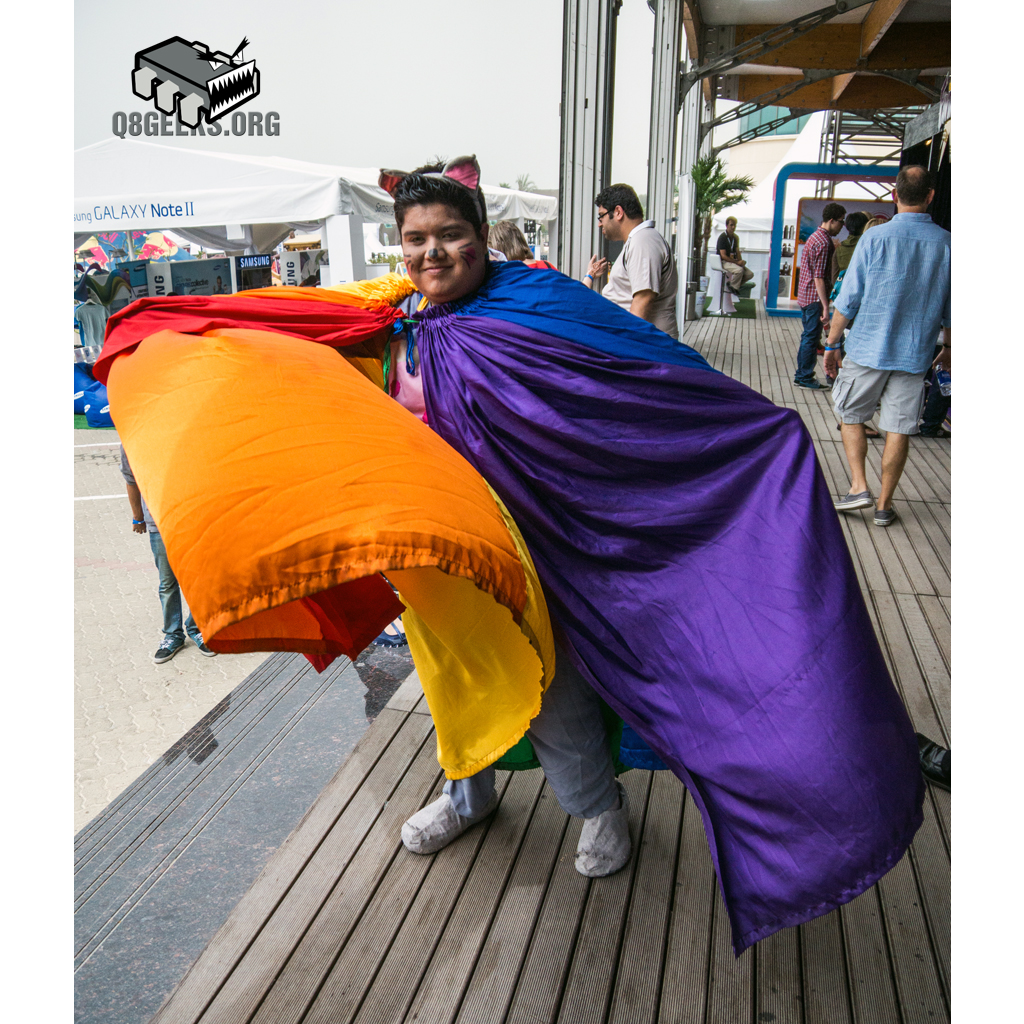 Anyway, MEFCC… Long story short, not as exciting as I expected. But still epic fun! (And yes, that fat nyancat guy is my new hero!)

It was fun watching this:

Unfortunately, I couldn’t record the part where he explained everything. Memory died :S

I really don’t know what to write about because I haven’t participated in any event\class\lecture. In fact, I got lost wandering around taking pictures of cosplayers. But now since I brought this up, let’s talk about it.

Cosplay isn’t something I’m into the bit. And those who did it, I look weird at them. Until MEFCC.

If there’s a percentage, I’d say %10 of cosplayers in there drew my attention to a point I was so happy to take pictures with and of.
Why? Because they didn’t cosplay as any character in Naruto, Bleach, nor One Piece.

My favorite was Big Boss, Meryl, Princess Zelda, Hitman, and No-Man (Which was the craziest yet smartest idea. I think).
Why? Because they’re done virtually flawlessly, and THEY’RE NOT NARUTO\BLEACH\ONE PIECE!!

Really, I totally understand how hard it is to cosplay something. But please, Naruto\Bleach\One Piece aren’t the only cool animes.

Maybe because I was longing to see Kusanagi Motoko cosplay… I’d drool if I did :P~

Anyway, it was so much fun over there. Not what I was excited about because we’re in Dubai and not all cosplays are allowed (Or else I bet cleavages and boobs would show up… *drool*).

All in all it was fun. I enjoyed every moment I spent (Until the second half of the second day: Dusty that I had to walk back).

I’ll most likely make it next year. And who knows, maybe cosplay something there. I had fun wearing cat ears and paws and take pictures that doesn’t make sense.

Did I say pictures? Check this out :3

2 thoughts on “MEFCC write up!”